Since the 18th century, Coulsdon Common has been home to not one but two working windmills, war preparation and a country estate - look closely enough and you can see the remains of some of these features amongst a relic pastoral landscape today.

If you visited the common over a hundred years ago, the land would have looked very different. The 'original' Common was part of the ‘waste of the manor' of Coulsdon – land that was too poor to cultivate and which was therefore used as rough grazing for livestock. Until the late 19th century, the Common was probably a mixture of heathland and open grassland maintained by livestock belonging to the Lord of the Manor and commoners exercising their rights.

Over time, natural succession changed this predominantly open habitat, through scrub to woodland over much of the original Common. The change from open heathland to woodland has happened on many commons near London as grazing declined in the 19th century.​

A third of Coulsdon Common is old farmland, comprising three main fields - the Maze, Merlewood Near and Merlewood Far. These areas are relatively open and contain patches of moderately species-rich chalk grassland. The diversity of wildflowers in the colourful grassland and old hedgerows is likely an indicator that this area was kept open by grazing.

A small estate known as Neville House was built in 1883. You can still see the remnants of the estate today in the outline of the grass tennis court as well as the collection of mature exotic conifers located in Merlewood Near in a former arboretum - see if you can identify what trees species are here.

In an open landscape shaped by grazing animals, the two mills stood either side of Stites Hill road for over 100 years from 1777 to 1880 when the original mill was pulled down.

The second of the two mills was demolished in 1924, and the windmill paddock where it stood was bought by the City of London in 1983 and now forms part of Coulsdon Common.

During the War nearby barracks expanded onto Coulsdon Common. Buildings were erected on the Grove, round the Fox Public House and on the southern edge of the football pitch. As the war progressed, more of the Common was requisitioned until by 1945 the whole Common was taken.

Neville House was used as a forces' billet during the War but was pulled down shortly after 1945. All the army buildings were removed from the Common by 1960. You can still see brick rubble and the outline of buildings during years of summer drought in the Grove. 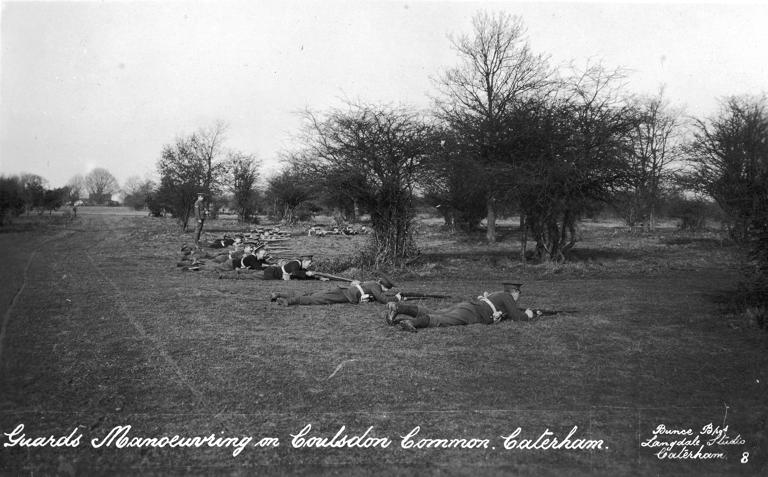 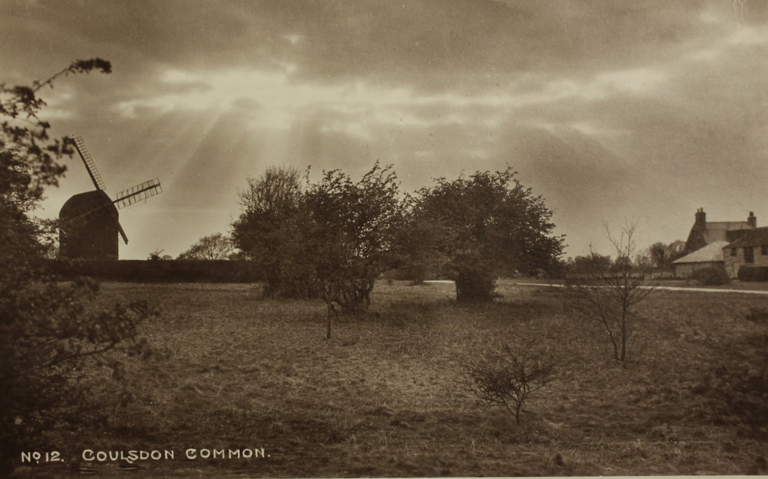 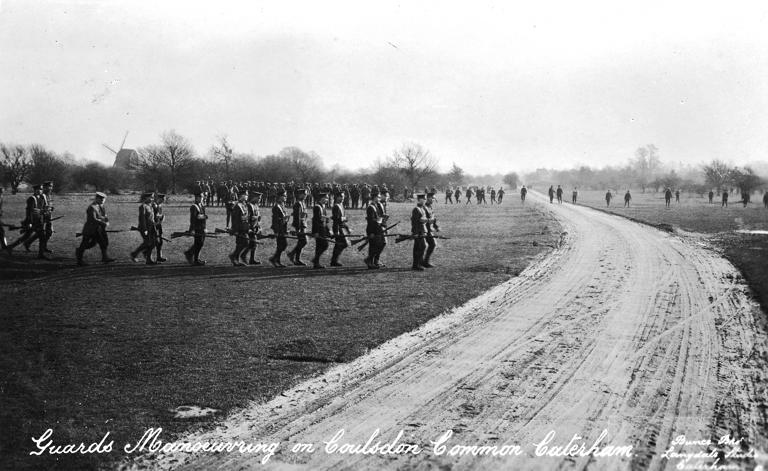