Over the centuries, Riddlesdown has seen heavy industry, exotic pleasure gardens and even secret passages under the downs - all leaving an lasting impression on the site as you see it today.

For most of its history, Riddlesdown was used as pasture and was one of many downs and commons in the area grazed by livestock. With the exception of Coombes Wood, the site was much more open.

A former road that runs through the middle of the site is believed to be of Roman origin and ran from London to the coast. It was probably a transport link between networks of Roman iron works across Southeast England and remained an active road for vehicles well into the 1970's. Today, the road allows for a peaceful journey on foot, bike or horse.

The deep ditch running along the north-western boundary of Riddlesdown is protected as a Scheduled Ancient Monument by Historic England, and hints at early human activity on the site. Old trackways, causeways, depressions and even possible traces of Iron Age fields, led Croydon Council to designate the whole of Riddlesdown as an Archaeological Priority Zone.

With its share of sights, stories and secrets, Riddlesdown offers chance to explore some of the more unusual stories.

At first glance, you might miss this 60m long bank and ditch in a grazing area below Honister Heights. It’s only when the grass is short and in slanting sunlight that it stands out a bit!

The shallow (up to 0.5m deep) ditch is 1.5m wide and runs south east, away from the camera. It’s one of several undated earthworks on Riddlesdown. There is another 60m long ditch just above the fence, at the far right, that’s not visible in this picture.

Some people think that these tracks are created by driving cattle over the Downs; when one gets worn, a new one is started.

The City of London Corporation bought Riddlesdown in 1883 and decided that the two chalk pits by Godstone Road were highly dangerous. 57.9m of fencing would be needed to protect visitors from these hazards.

Unfortunately, before the pits could be fenced off a child died from falling down into the pit. As a result, two labourers were employed to warn people off approaching the pits until wooden fencing was installed in October 1883. Notice that the pit acts like a magnet to children in this picture – four stand within it! The pit appears to be used for storing road stone.

Later a single metal fencing rail on wooden posts was put up just above the main road where the bank was steepest. Its job was to prevent visitors running into the road. Traces of this rail survive today.

In 1892 the local brass founder and fairground manager William Gardner, opened a tea garden on the lower slopes of Riddlesdown. Known as Gardner`s Pleasure Resort, Londoners came for day trips to enjoy activities such as rides on a fairground roundabout, donkeys and swing boats. They might visit the monkey house and aviary or try their luck at the coconut shy or hoop-la.

New attractions such as a dance hall and visits to a portrait photographer were added later. The front pavilion next to Gardner’s house was refurbished in 1906 and could seat 500 people for afternoon tea. It had a large stage, and a harmonium would play at meal times. An outer pavilion was also built increasing seating capacity to 2000. Gardner provided a family outing but there were separate pavilions for adults and children. He reasoned that the adults could relax from noise and the worry about what the kids were up to and the kids wouldn’t fear a parental telling off!

The resort was closed on Sundays and through the winter months. Entry was free, but you paid for the activities. In 1930, William Gardner died and the site was sold for housing four years later.

Riddlesdown Quarry, also known as the Rose and Crown Quarry, is located on the western side of Riddlesdown on the eastern margin of the Caterham Valley. It is one of the few remaining chalk exposures in the Lewes Nodular Chalk Formation in this part of the North Downs.

Chalk was mined at the quarry from the late 1700s until 1967. A narrow gauge railway was built to transport the chalk to the four conical shaped kilns. In 1996, the quarry was bought by the City of London Corporation. Today, the quarry is recognised as a Regionally Important Geological Site, as well as being part of Riddlesdown’s Site of Special Scientific Interest. It is closed off to the public except for guided walks and events, however there are several vantage points to see it on Riddlesdown and nearby Kenley Common.

Volunteers practised on the range two days a week. The object of the club was to develop skills in rifle shooting by providing instructions and practice to any of her majesty`s subjects.

These men would be better fitted to serve their country in the armed forces in the defence of the realm in times of peril. The dream was of an England where every man was encouraged to shoot at targets for pleasure and raised to a sniper standard.

A prize shooting match was held in November 1860. The range was supposed to be one of the most difficult to shoot upon because, being situated so high, it had strong winds.

Three galleries extend 73.1m into Riddlesdown at the bottom of the old chalk pit opposite the Kenley Hotel. They’re linked by a series of corridors, 2.1m wide by 2.75m high. This air raid shelter was opened in June 1942, during the Second World War, to provide protection “against the biggest bomb yet known”.

The corridors were lined on either side with two tiers of bunks enabling 1500 people to sleep here. There was a canteen and toilets, running water and electricity, but no heating. People booked their bed with the warden and took their own blankets in at night. Some beds were reserved for those who were “bombed out”, i.e. made homeless by the war. 100,000 people stayed here over two years.

Today the site is rented to a company making optical components and instruments. 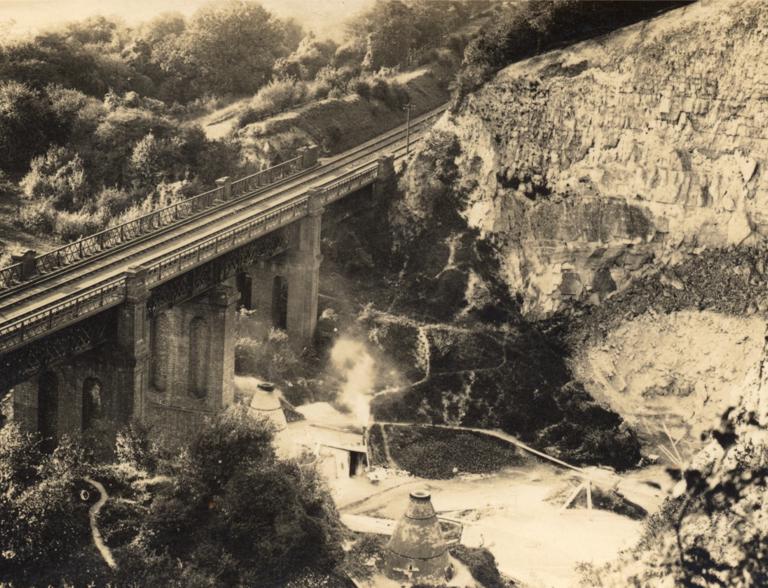 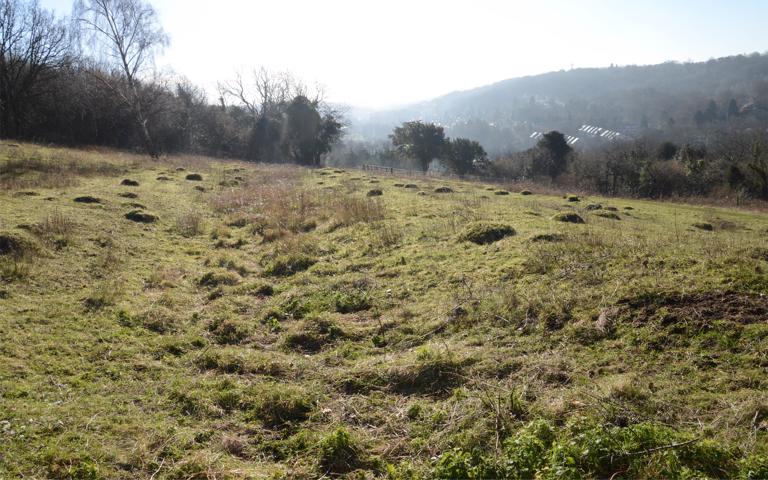 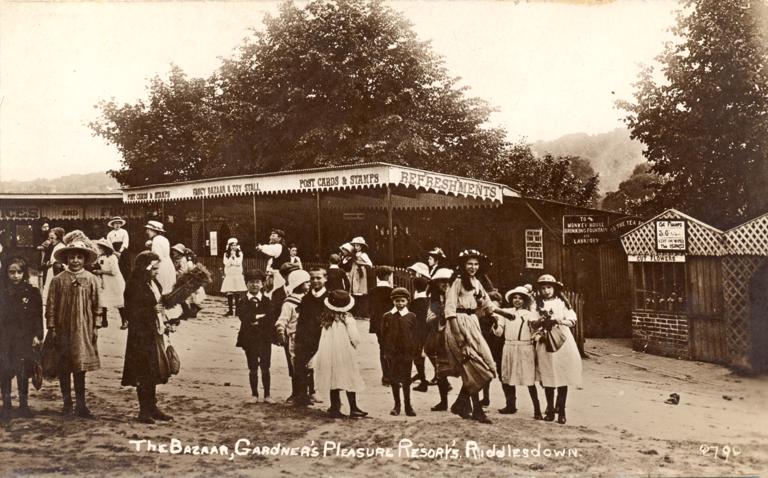