Coram is the UK's oldest children's charity and was established in 1739 as The Foundling Hospital, London’s first home for babies whose mothers were unable to care for them. Coram is now a group of specialist organisations that offers direct, practical help and emotional support to vulnerable children, young people, and their families. Its Foundling Hospital archive is held at London Metropolitan Archives (LMA), and it reveals the details of the lives of the children in its care and the way in which the Hospital operated from the eighteenth century onwards.

In 2019 Coram was awarded a grant from the National Lottery Heritage Fund to digitise over 100,000 items from the archive and to work with care experienced young people to deliver ten creative projects, over a period of four years. These projects will help reveal the history of the care system and encourage care experienced young people to engage directly with the archive and enrich the ongoing story of care by adding their own voices.

‘Letters from Lockdown’ was the first of these creative projects and was set up and run by Coram’s Voices Through Time: The Story of Care team and Yvonne Coppard, Writing Fellow with the Royal Literary Fund. Originally planned to run as a series of face to face letter writing workshops, the advent of Covid-19 and lockdown resulted in plans being revised and adapted for online delivery. Given the unusual circumstances of lockdown and with social distancing measures in place it was thought that the project could be used as a way of easing isolation, supporting mental health and building resilience with a group of care experienced young people.

As well as Yvonne, the project team consisted of two members of the Voices Through Time project team, Jo Blyghton, Archivist and Amy Spiller, acting Youth Engagement Coordinator for the project.

The team engaged eight care experienced young people, aged 16-25, over six creative workshops, which ran from May to June 2020. Online workshops were one hour each week. Each session would involve a sharing of stories and images from the Foundling Hospital archive, followed by some creative writing warm up exercises and then a weekly letter writing challenge which included formal and informal letters to a variety of audiences. Each week there was also an opportunity to attend a more informal ‘meet up’ in between sessions to encourage, share ideas and support each other’s writing. Each of the six weeks had its own theme. The themes across the six weeks were:

Introductions; Thanks, Love and Gratitude; Message to the World; You’re Not Alone. We’re in This Together; Tokens of Identity; As soon as this is over…. .

Writers were encouraged to present their letters creatively if they wished, using art, craft and poetry and the results were powerful and often very inventive.

Jo Blyghton selected images, information and stories from the Foundling Hospital archive to support exploration of each week’s themes. When it came to selecting materials from the archive, Jo said:

"I wanted to select archive materials that I hoped would encourage the participants to reflect on their own experiences of the care system and to consider connections between these experiences and those of the people in the past. I also hoped that the materials and resulting discussions would encourage the group to consider their own role in the story of care, and see themselves and the work they were creating now, as contributing to history and the continued story of care."

"Given the strains of living a restricted and perhaps more isolated life in lockdown, I was aware I needed to be careful not to select materials that might place further emotional strain on people, so I instead focused on stories from the archive that provided examples of hope and inspiration."

"With LMA being closed due to the lockdown, the lack of access to any physical documents provided a challenge to start with, but once I’d gathered together a collection of existing digital images of items from the archive, I was able to begin the process of selecting materials that would support the weekly themes."

The conversations generated by the archive in each session were then used as a springboard for exploring the further overall themes of hope, solidarity and gratitude which were then developed and expressed in the participants’ letters.

Yvonne Coppard said “The use of archive material was key to participants' engagement with the letter-writing. The archive material became the highlight of each Tuesday session. I was surprised by how strongly the stories of the foundlings, from so long ago, resonated with contemporary experiences of being in care. The clips and images formed the basis of a discussion that was honest, direct and insightful, helping people to process their own care histories and share them with others in the group. Everyone was excited about being a continuation of this history; there was a real connection with it. Delving into the archive each week led naturally to expressing that connection through the letter challenges. The results were powerful.”

Feedback from the sessions was positive with words such as ‘insightful’, ’inspiring’, ‘profound’ and ‘eye opening’ being used. Most of the young people had none or very little knowledge of the history of care before the project and reflected that it was part of their history. Over the course of the project they reflected on what has changed and what still needs changing. One young person said that the best thing about the project was: “Looking into the personal artefacts and understanding the emotions and individual journeys of those who have been a part of or entered the care system. Their stories were very inspirational.”

At the end of the six weeks, the participants had the opportunity to perform to a small audience and each member of the group read out two of the letters they had written over the six sessions. You can see some of the letters online and learn more about other creative projects by care-experienced young people on the Coram Story blog. 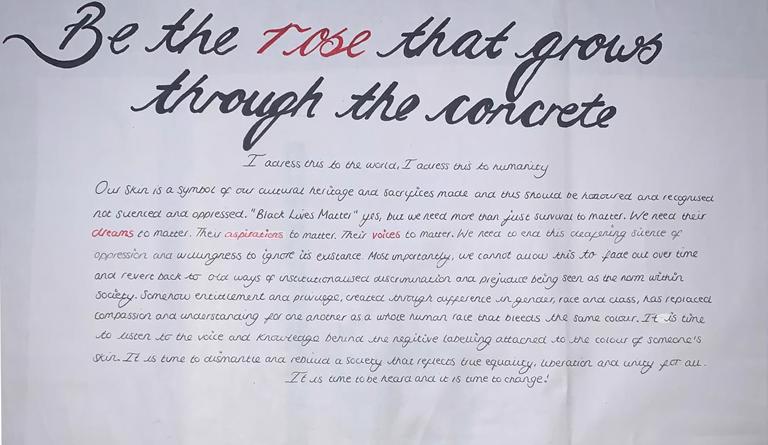 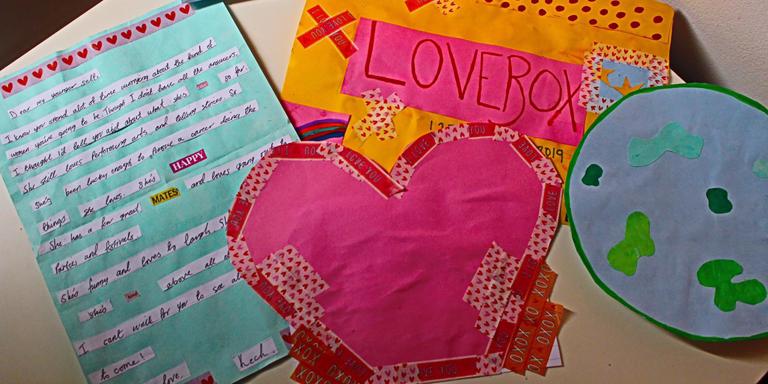 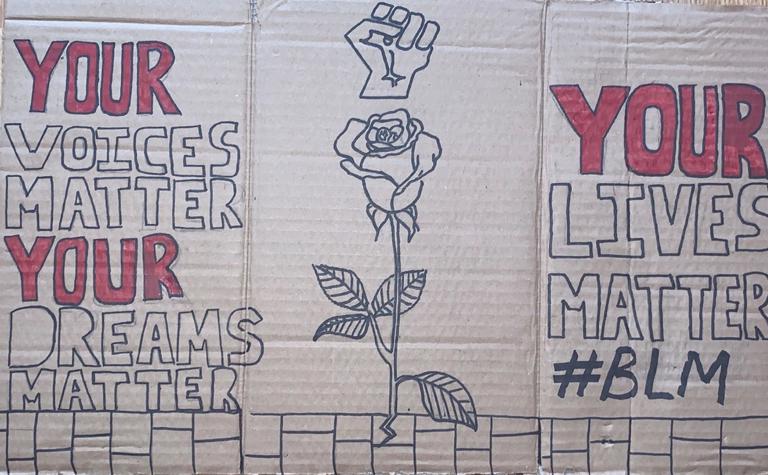