William I charter to the City of London

This small but iconic piece of vellum - the 'William Charter' - is the oldest document in the City's archive, given by King William I (the Conqueror) to the City in 1067, soon after the Battle of Hastings, but before he entered the City of London. It has been in the City's keeping continuously ever since. It measures just six inches by one and a half with two slits, the larger one used as a seal-tongue and the other as a tie. The seal impression, although detached and imperfect, is one of the earliest surviving examples from William's reign. Elizabeth Scudder takes a closer look.

"“William the king, friendly salutes William the bishop and Godfrey the portreeve and all the burgesses within London both French and English. And I declare that I grant you to be all law-worthy, as you were in the days of King Edward; And I grant that every child shall be his father’s heir, after his father’s days; And I will not suffer any person to do you wrong; God keep you”."

Transcription of the William I charter to the city of London (in modern English). The charter is written in Old English (significantly not in William I’s native Norman French) and in the form of an administrative letter, a style commonly used by early English Kings.

The document reflects William's recognition of the importance of London, and its concentration of trade and wealth, which he wished to safeguard. After defeating the English army under Harold at the Battle of Hastings in October 1066, William brought his forces on a slow and marauding march north, subjugating towns along the way, before forming an encampment at Westminster. He threatened to besiege and ransack the City, where many of the remaining leading men of the Anglo-Saxon court had congregated, and the subsequent peaceful surrender, for which the Charter was a reward, was good for both sides. It was issued soon after William's coronation in Westminster Abbey on Christmas Day 1066, and was a key means whereby he won the support of Londoners; the degree of autonomy which it guaranteed has been valued and defended by the City ever since. The Charter also reflects London's already established international character by addressing both the French and English residents and treating them with equal status.

It is especially significant not only for its survival, but also because it is the earliest known royal or imperial document to guarantee the collective rights of the inhabitants of any town (it is not directed to specific groups, such as merchants, or to institutions such as major churches). The Charter granted nothing new to the Londoners, but confirmed the citizens' rights and privileges already in existence. One of their primary concerns, as expressed in this charter, was to ensure that the succession to property was not subject to arbitrary royal intervention.

The document is one in a long line of charters which the Citizens of London extracted from the Sovereign; there are over a hundred royal charters in the City's archive. The charter has been inscribed onto the UNESCO UK Memory of the World Register. 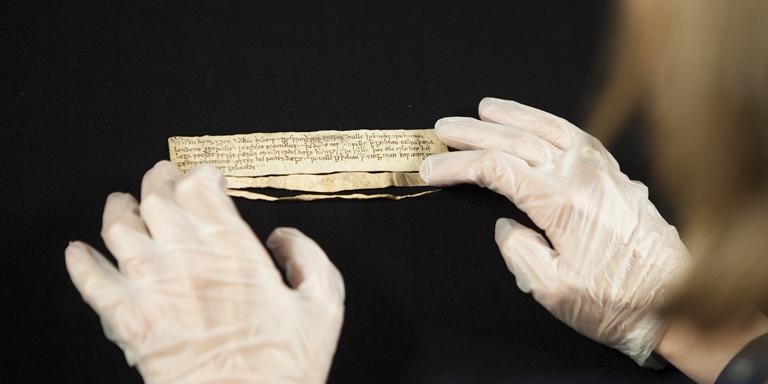