In August 2020, the Regent's Canal will have been fully operational for 200 years.

London is home to some of the world's most striking architecture and innovative engineering. Whether driven by divine purpose or the needs of a growing population, the grand designs of architects and engineers have shaped the identity of the city and the lives of Londoners.

These articles, based on a London Metropolitan Archives’ exhibition in Aldgate Square and then Guildhall Yard in 2019, delve into the historical collections at LMA to present drawings and photographs that record the development of some of London’s greatest buildings and structures. The projects cover a wide variety of aspects of life in the capital, from worship to entertainment, transport to housing, and all add to the story of the developing city. Many are still present today, but others have not survived the passage of time and exist only in memory and archives. We continue with the Regent’s Canal which celebrates the 200th anniversary of its completion in 2020, introduced by Michael Melia.

Canals were the Industrial Revolution’s first mass transport system. The Grand Junction Canal opened through to Paddington in 1801 and connected London with the rest of the country’s network. However, it did not link to seaborne trade so another 14.5 kilometre (nine mile) canal was proposed between Paddington and the River Thames at Limehouse. An early supporter was the architect John Nash, who persuaded the Prince Regent, later King George IV, to agree to the name Regent’s Canal. Nash also incorporated the canal into his design for Regent’s Park.

Work started in 1812, but problems with purchasing land, the project superintendent embezzling funds, and replacing experimental lock gates meant it ran over time and budget; the canal finally opened in 1820. Its terminus, Regent’s Canal Dock, is now called Limehouse Basin and coal was its most important trade, brought by collier vessels from the north east.

With the coming of the railways from the 1840s the canal lost some trade, but expanded its dock facilities to enable it to handle larger ships exchanging cargoes with the canal boats. Plans were considered to replace Regent’s Canal with a railway, but finance could not be raised.

Regent’s Canal was heavily used in the twentieth century and was an important transport asset in both world wars. It was nationalised in 1948 and towpath motor tractors replaced horses in the 1950s. Trade ceased in the 1960s, but the canal began a new lease of life as a leisure facility while areas around its docks and basins were redeveloped as housing. 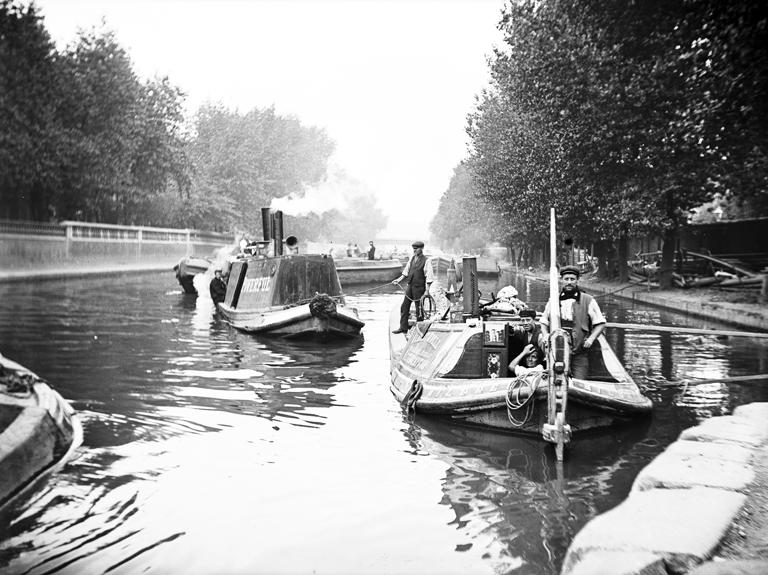 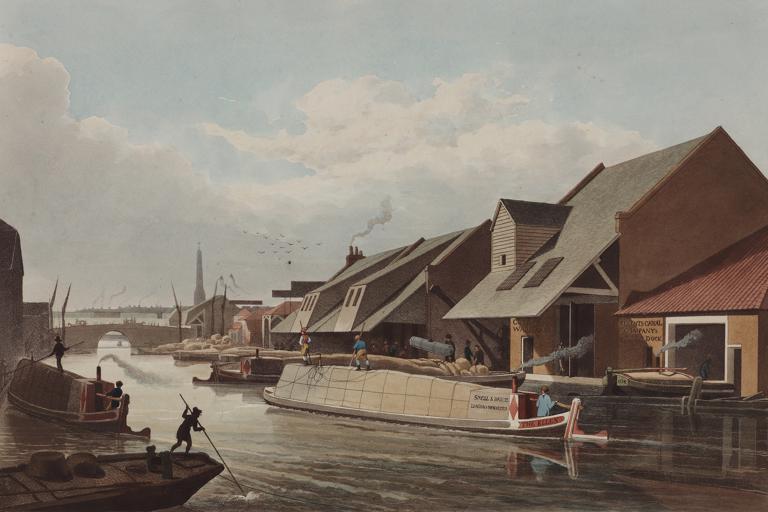 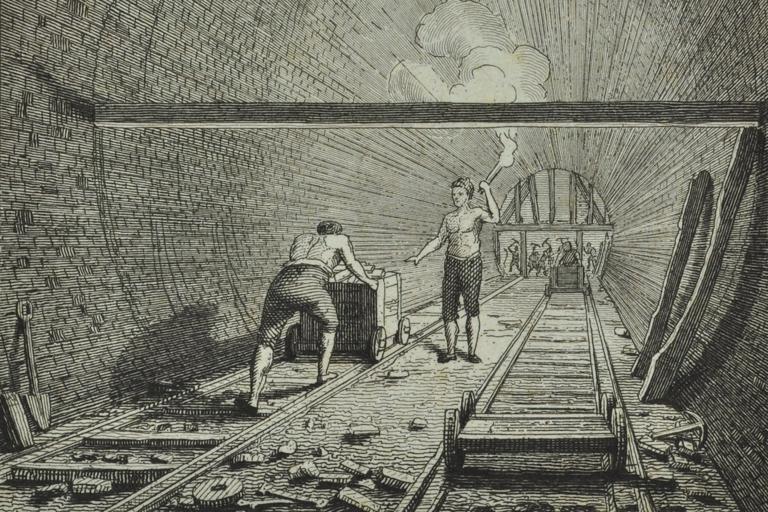 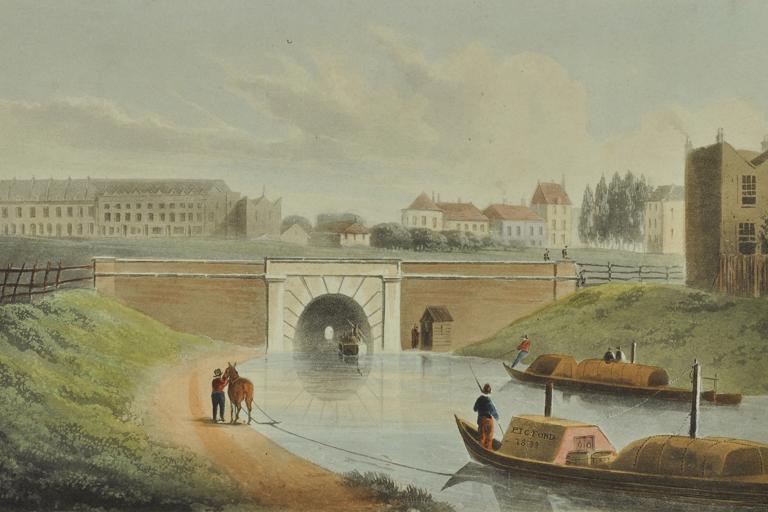 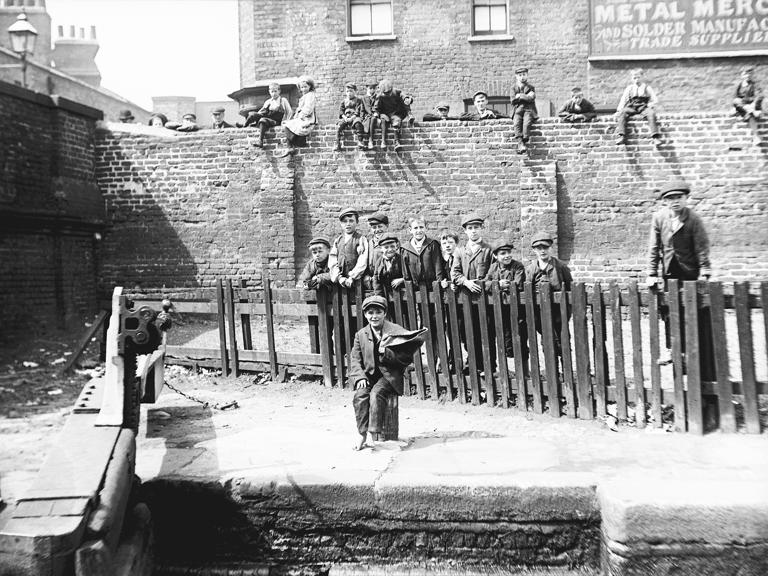 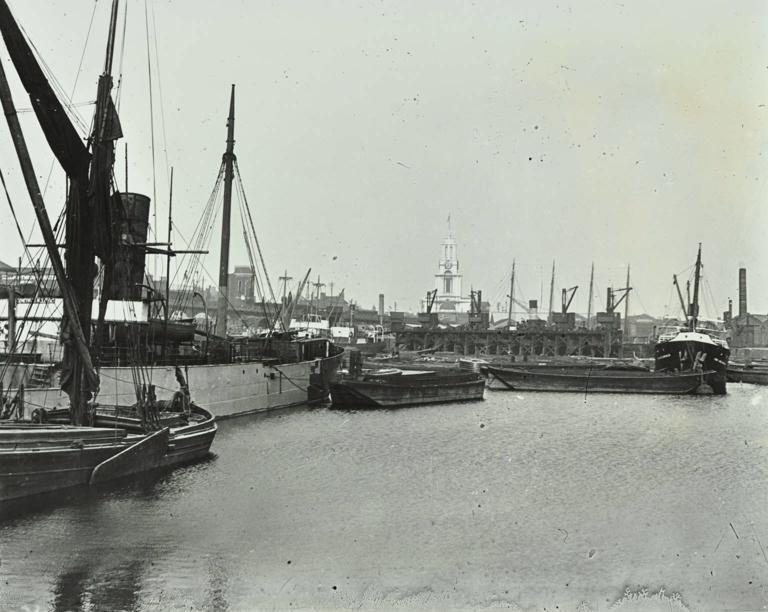